Despite the popularity of anonymous feedback, many HR and company leaders are still hesitant to introduce this practice to their organizations. However, we believe anonymous feedback is one of the most effective ways to understand how your employees are truly feeling – not to mention it can have a positive influence on your inclusion efforts. In this post, we’ll take a closer look at the value of anonymous feedback and the role it can play when creating a more inclusive company culture.

The value of anonymous feedback

Some of these issues can be addressed by choosing the right tools. The AllVoices platform, for instance, allows the feedback submitters and company leadership to communicate while maintaining anonymity. However, we also believe anonymous feedback is beneficial for many other reasons. Specifically, it can:

But one of the main reasons we advocate for anonymous feedback in the workplace is because it can help you create a more inclusive company culture. We’ll explain how in the next section.

Giving feedback can be an uncomfortable experience – especially when it’s in a public setting or being shared by an employee to an executive. It can also be challenging to discuss sensitive topics with someone you don’t know very well.

Behind your employees’ employee’s discomfort is the fear that their concerns won’t be taken seriously or that they’ll face retaliation for their actions. This may be especially true for people in underrepresented groups, such as BIPOC employees and women. It also doesn’t help that sharing feedback was historically limited to filing an official complaint, which can be a stressful experience for everyone involved.

Unfortunately, it’s also tough to control how everyone in the company responds to feedback. A study found that 40% of respondents said they don’t feel confident sharing their ideas because of negative responses from their managers.

That’s why we encourage companies to consider anonymous feedback, which can create a more psychologically safe environment. With this approach, your employees can feel like they’re contributing to the company without having to worry about retaliation from speaking up. This, in turn, can make your workforce feel heard and included – especially if their feedback is being acted on.

2. Removes barriers to speaking up

There are many barriers that may prevent employees from speaking up, such as not being given opportunities to share feedback or the leadership team only valuing feedback from more senior leaders. In fact, a survey found that 49% of employees aren’t regularly asked for their ideas.

Anonymous feedback removes many of these barriers to allow everyone the opportunity to share their opinions – regardless of their background, seniority level, or tenure. This non-discriminatory environment can create a much more inclusive culture where everyone’s feedback is given equal weight.

Anonymous feedback is an effective way to reduce biases on the recipient end. Knowing that personal biases are being kept out of the equation can also encourage more employees to share their honest thoughts with the leadership team. On the other hand, a study found that those who perceive bias are 2.6 times more likely to say that they’ve withheld ideas over the previous six months.

For example, let’s say you collect attributed feedback that’s reviewed by the leadership team. A company leader may look at all the suggestions and either favor or disfavor certain ones, depending on who the employee is and their personal feelings about them.

Some people may also have unconscious biases that make them take feedback from certain groups less seriously than others. This is extremely harmful and can suppress the voices of certain demographics within the organization. While it’s not possible to remove all bias from the feedback collection process, anonymity does reduce the chances of these prejudices affecting the actions of the leadership team.

‍
If creating an inclusive company culture is at the top of your priority list, consider introducing anonymous feedback as a way to cultivate this type of environment. If you want to learn how 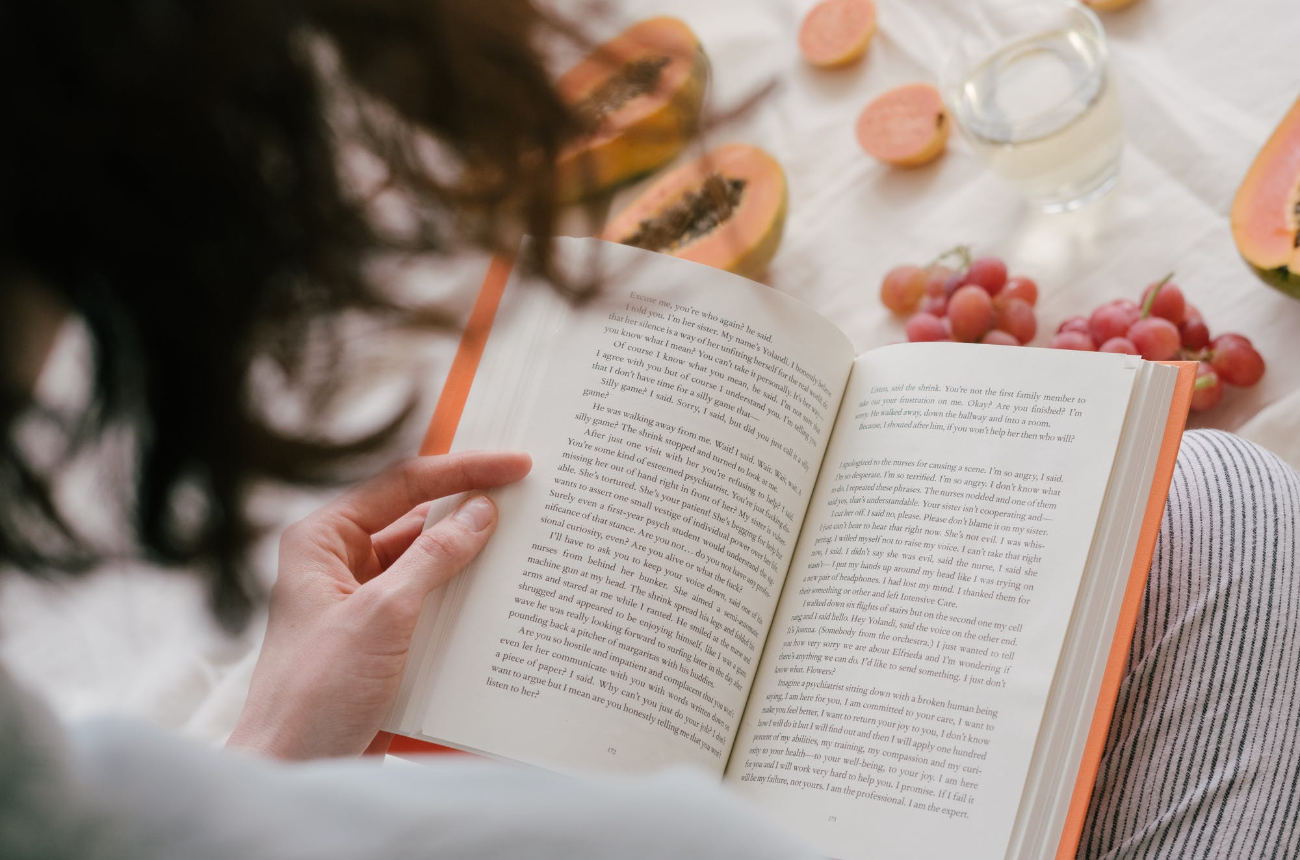 Here is our first book round-up with some of our favorite reads from AllVoices’ favorite authors, speakers and experts. 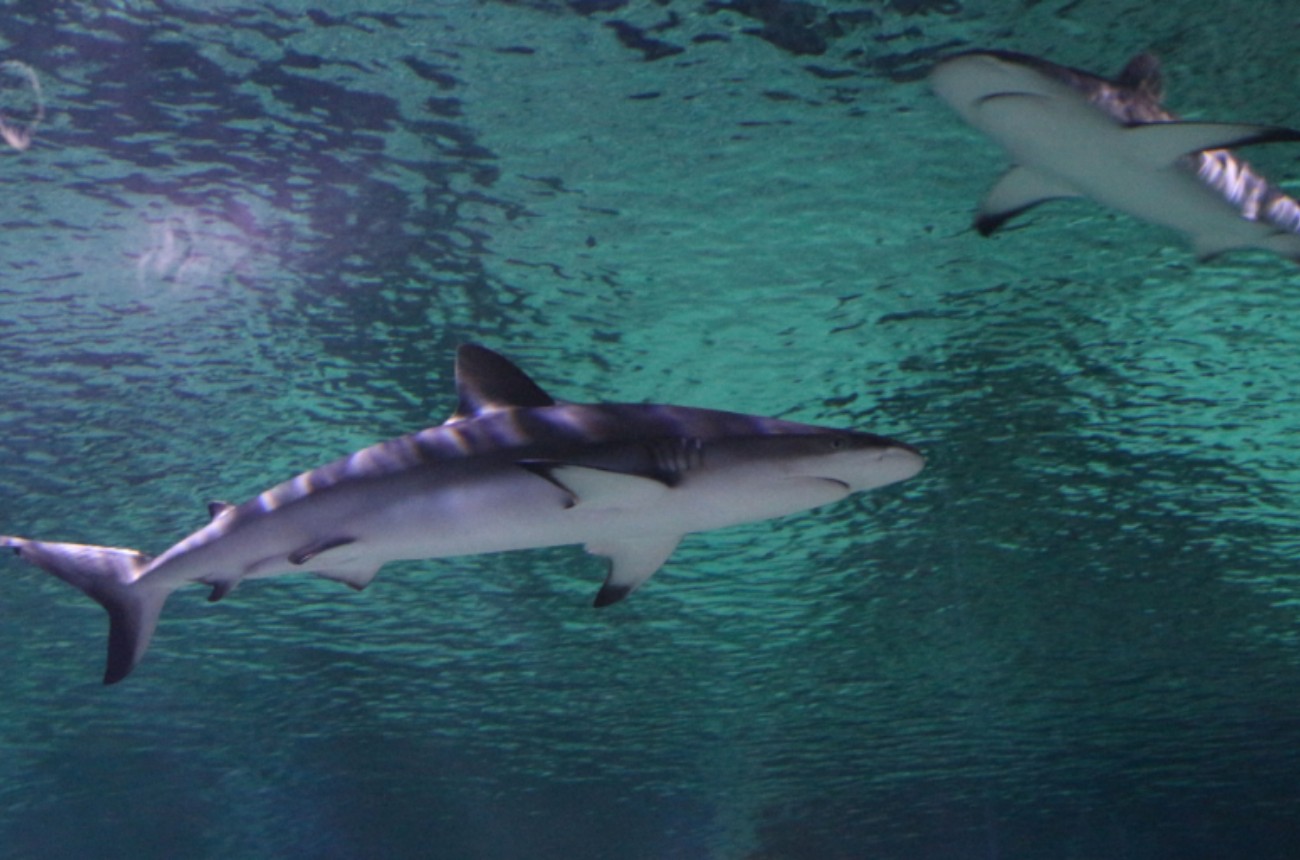 Harassment, Bias and Swimming with Sharks

A few years ago in Hawaii, I had the opportunity to swim with dolphins. It was the chance of a lifetime. 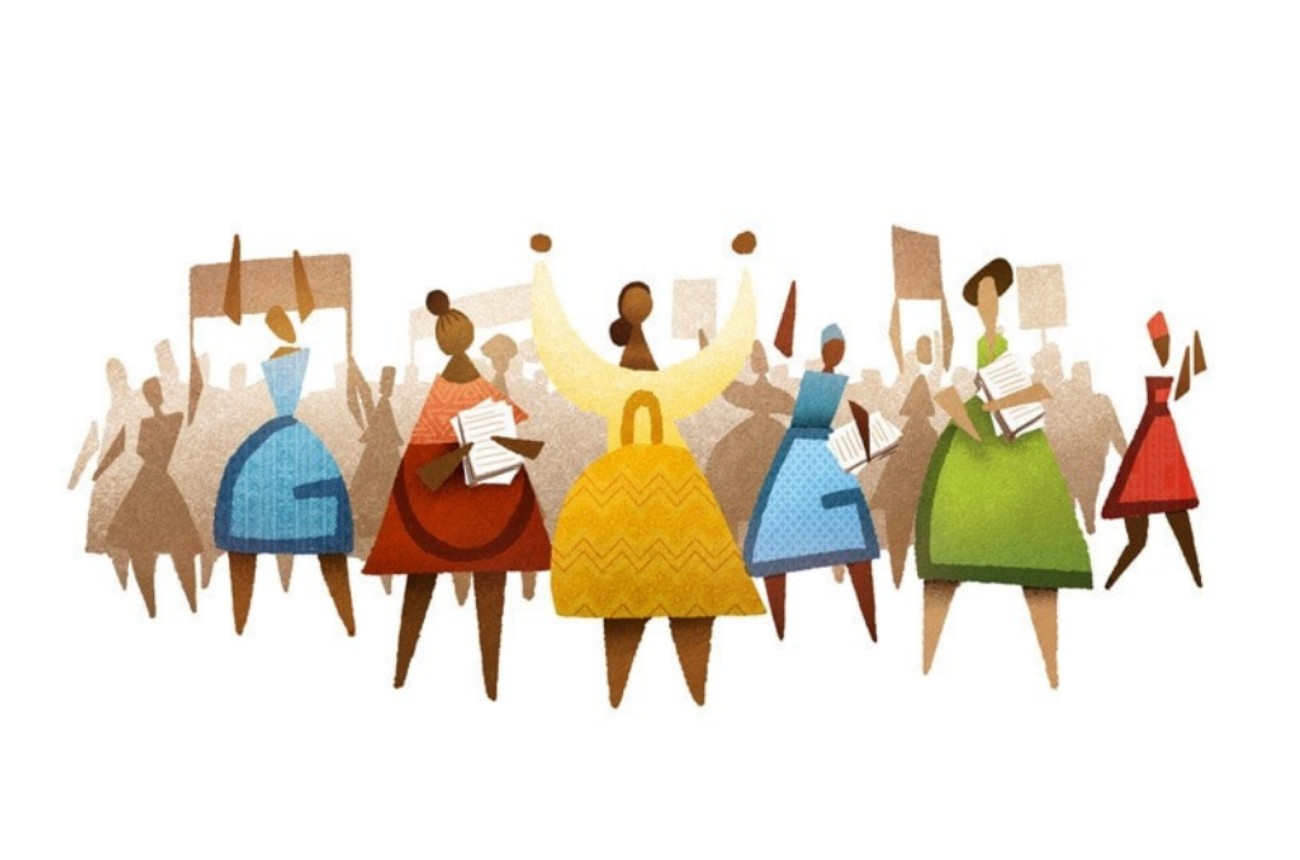 In order to prevent harassment, we have to start by addressing retaliation,. 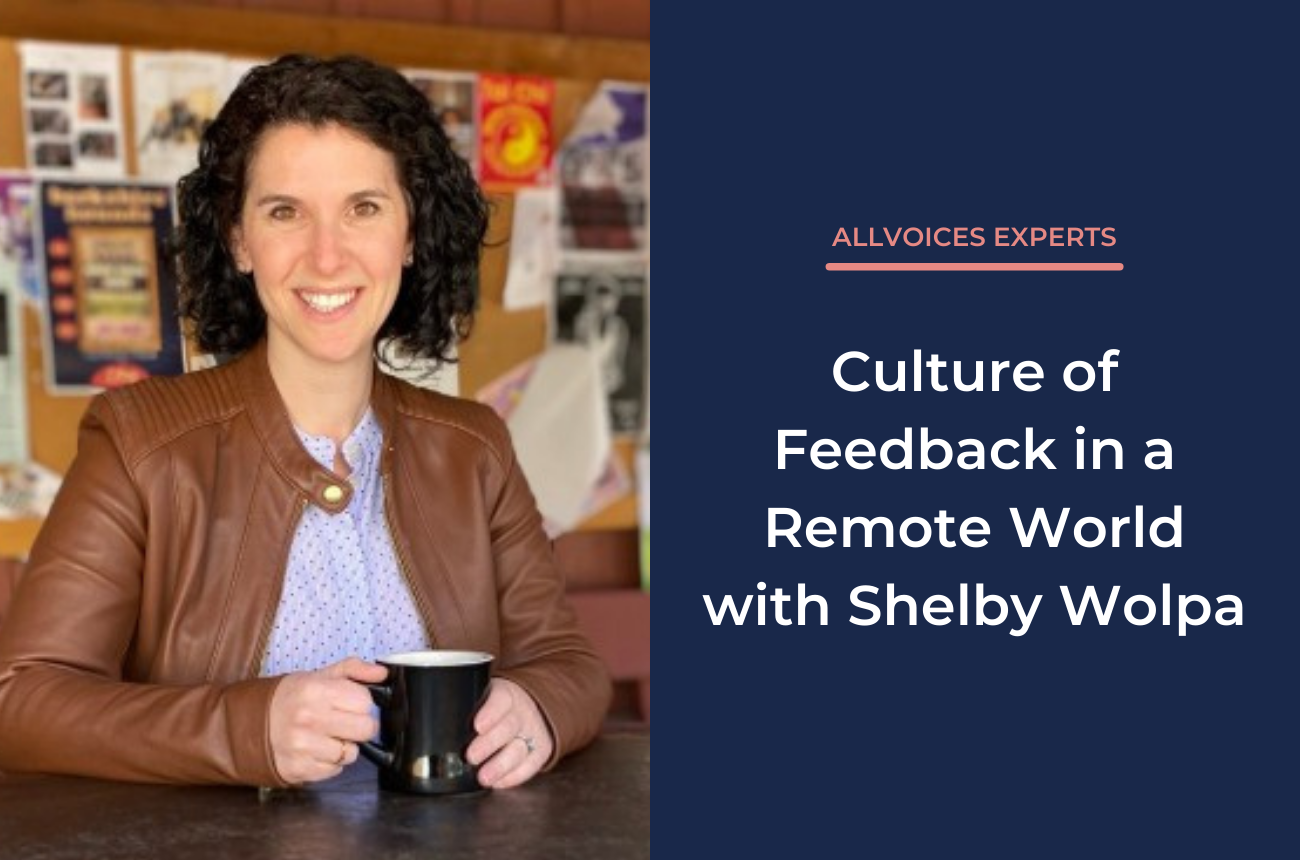 5 Things You Must Do as a Manager to Keep Your Team Engaged with Shelby Wolpa, Part 1

Shelby Wolpa, a leader in people-first cultures, shares her top tips on the most important things managers must do to keep their teams engaged. 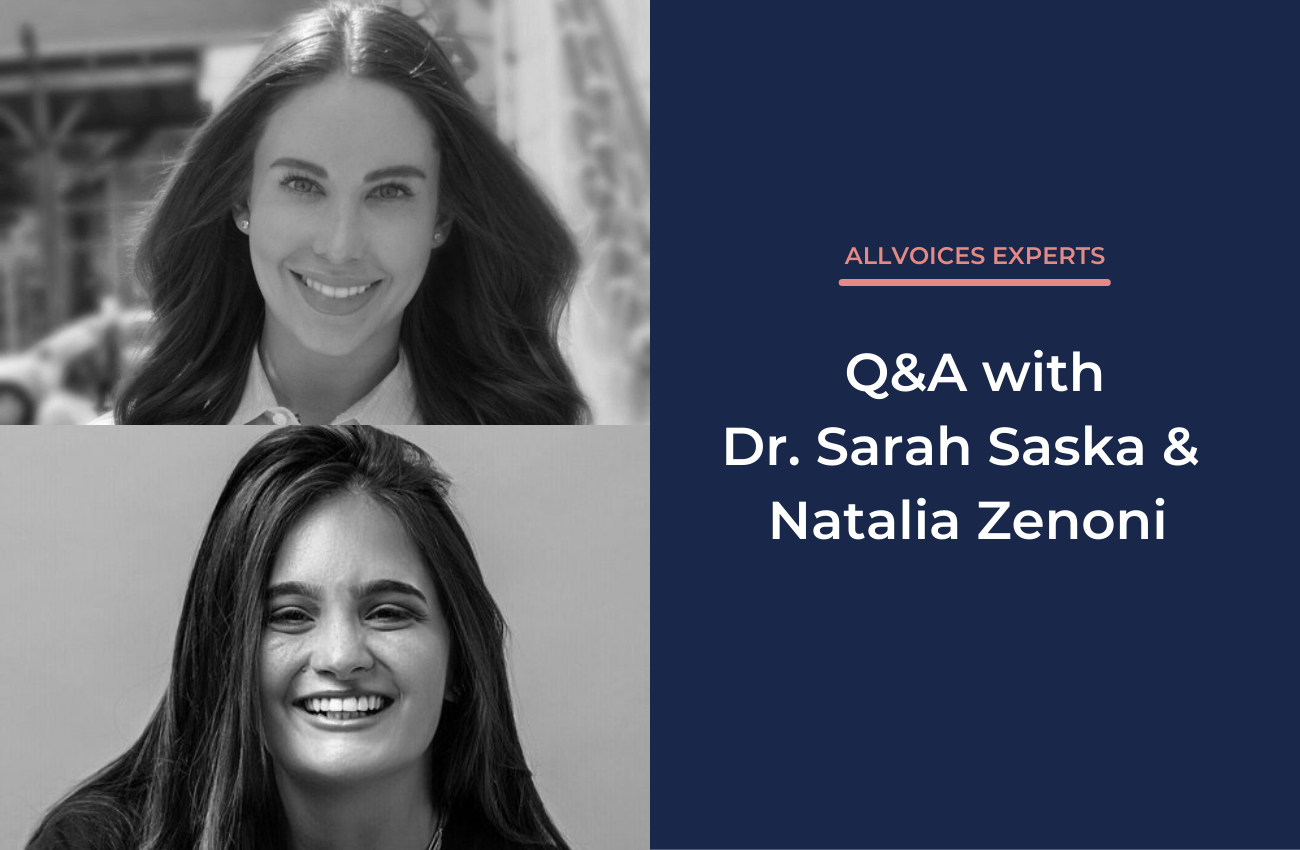 Experts from Feminuity share their insight into how data can help address equity issues, bias, discrimination, and marginalization. 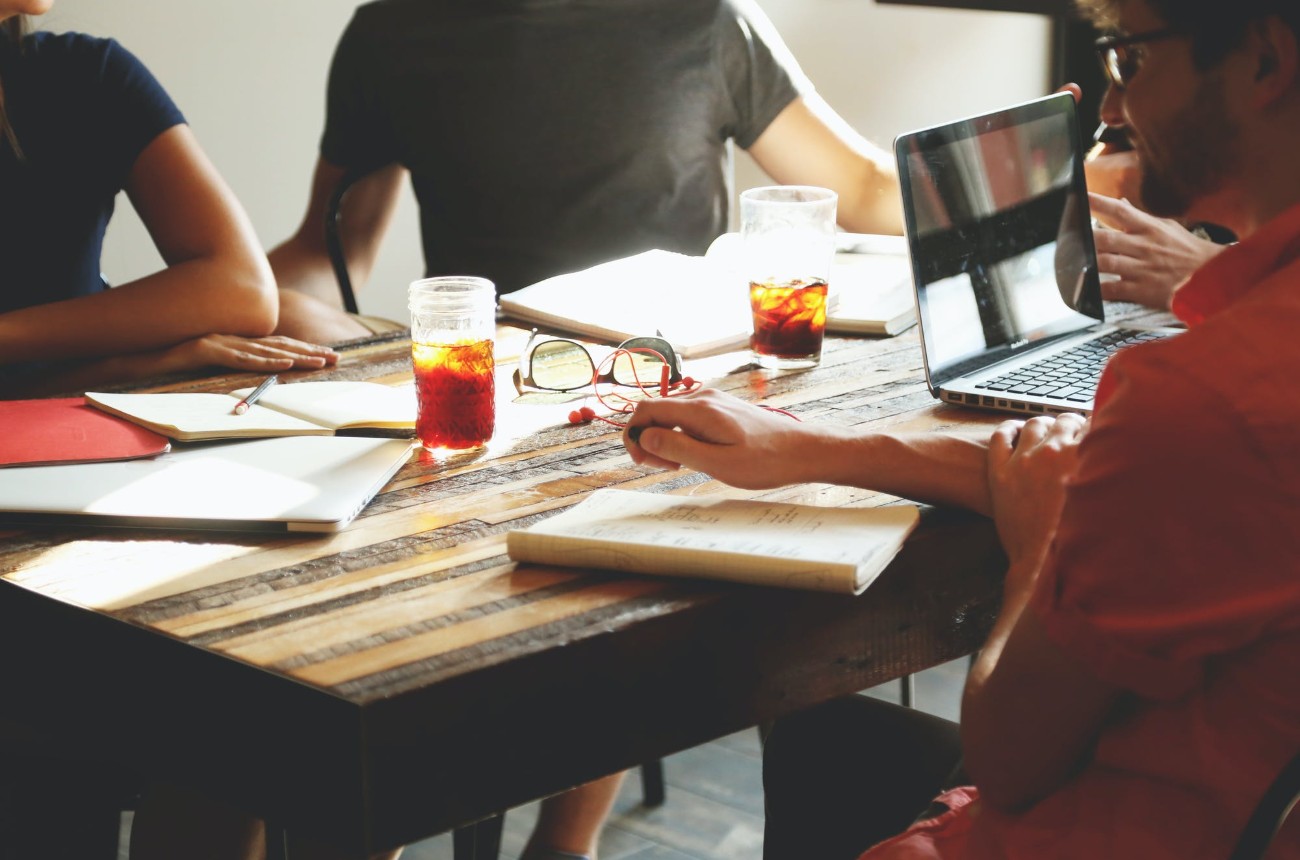 Compliance, From Startup to IPO

Whether you’re gearing up for an IPO or simply need to refresh your current program, a compliance and ethics program can seem daunting.